On the 14th of June, Isabelle and Jack represented Silvertonin a mock parliamentary debate at the Parliament of Victoria. They and 60+ other primary schools attended this event. Read what Jack and Isabelle has to say about the day by clicking on the link below. 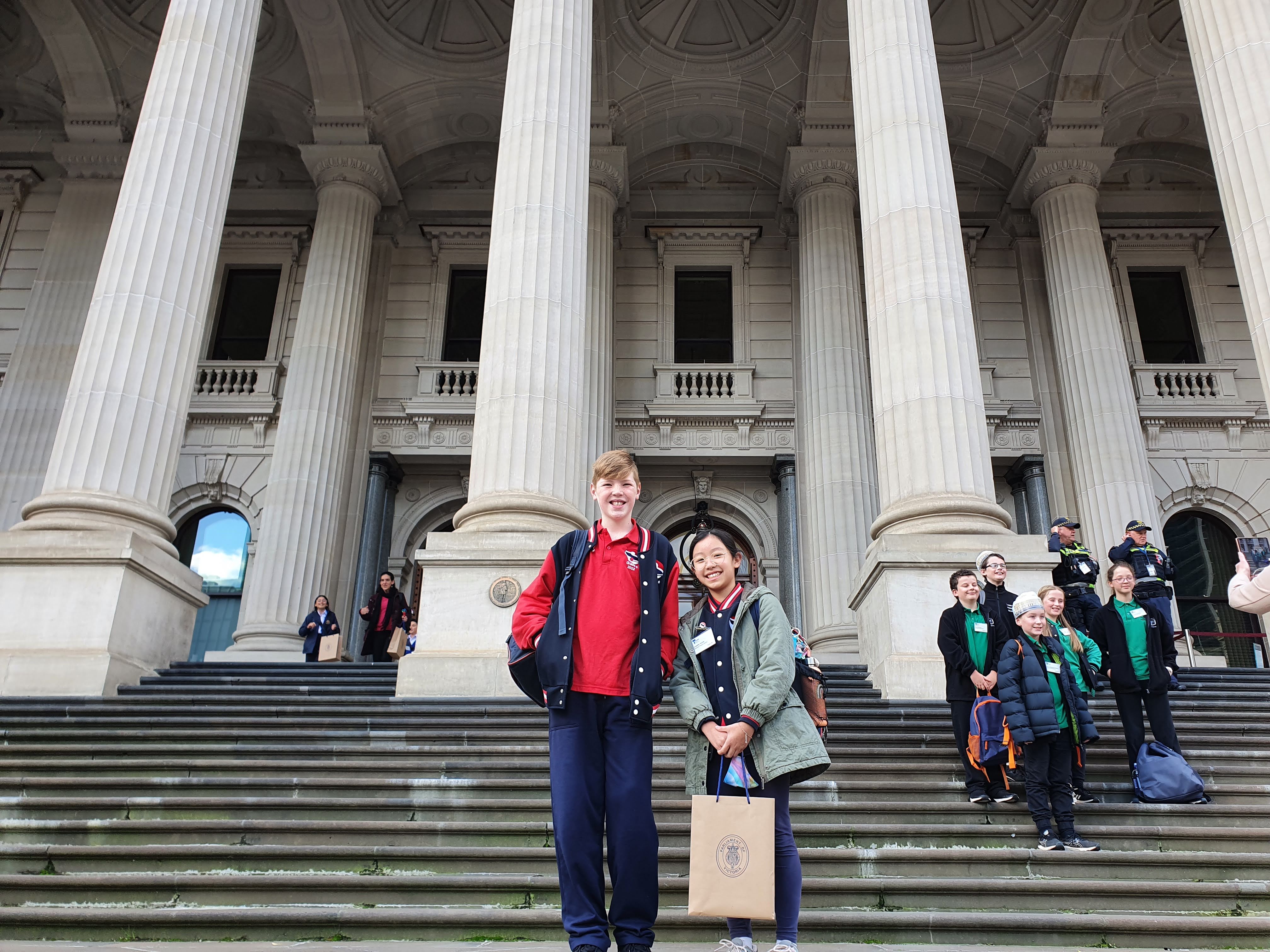 On Tuesday the 14th of June, Jack and I (Isabelle) travelled to the Victorian Parliament to debate on the topic of whether the State or Federal Government should have control over school education. Prior to going to the Victorian Parliament, we needed to find out what the students of Silverton thought about the topic. We ran an activity to first inform them about the topic before asking them to give us their opinion. After the votes were counted, we concluded that most Silverton students had chosen for the state government to continue controlling education. 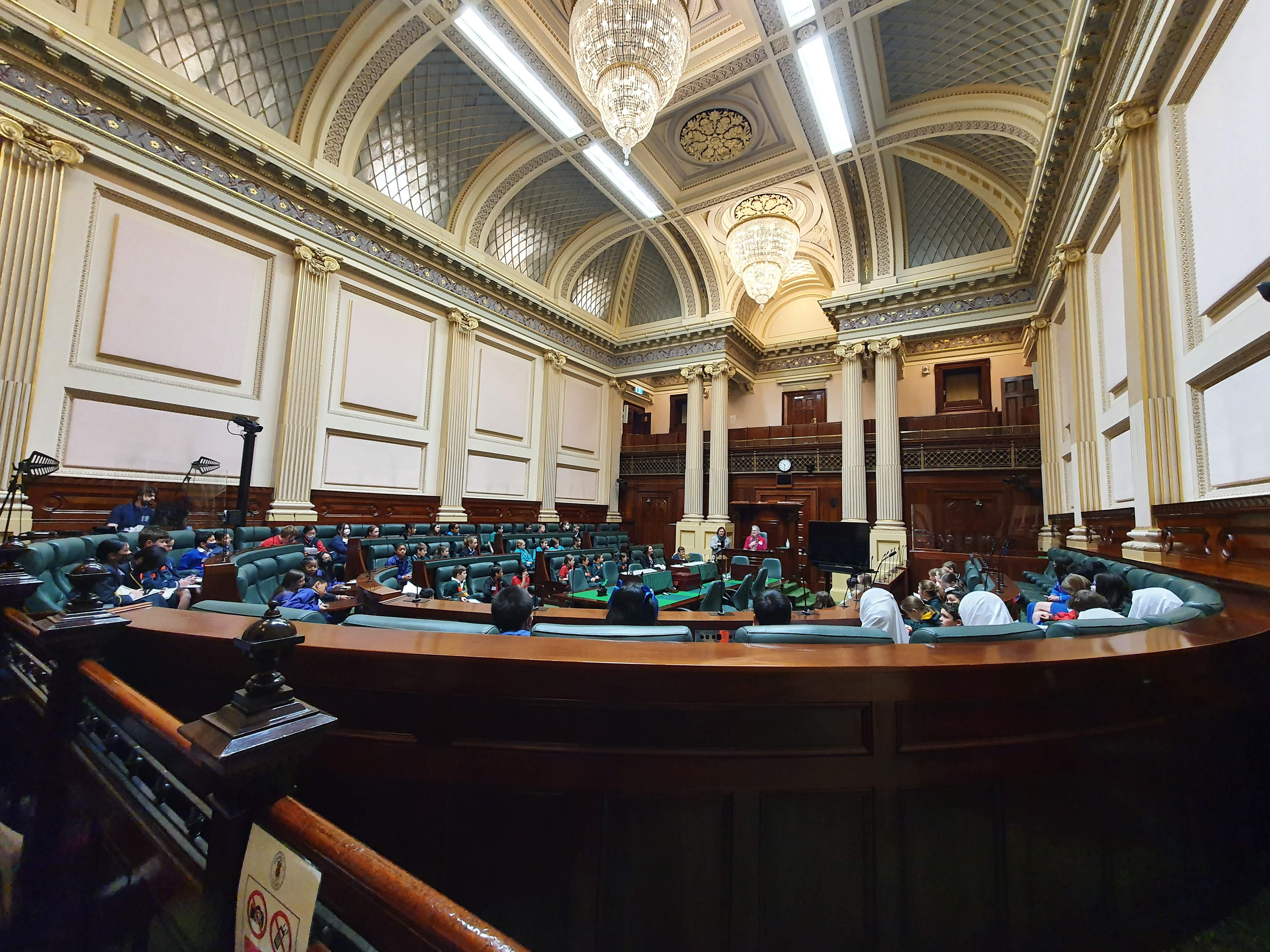 Before entering parliament, we first went through a security screening to ensure that we were not carrying anything that could be harmful. We then entered the vestibule, and came to a large, patterned, tiled floor that depicted the motto: Where there be no counsel is the people fall but in the multitude of counsellors there is safety. Next, we entered the Queen's hall which contained lots of paintings of old Governors from the past centuries. There was also a large wax statue of Queen Victoria.

Once the organisers were ready, they led us into the Legislative Assembly Chamber where we and many other primary school representatives stated our case of why state or federal should continue to have control over school education. Jack read the opening statement for Silverton Primary School. Each school had the chance to give a 2-minute opening statement reflecting their viewpoint. During the day, an expert was brought in to explain the benefits of both sides of the argument. We were also put into small groups to discuss our arguments afterwards before a soapbox style discussion took place at the end of the day. A final vote was made and most schools, including Silverton, believed that the state government should have control over school education.

From,
Jack and Isabelle (School Captains of 2022) 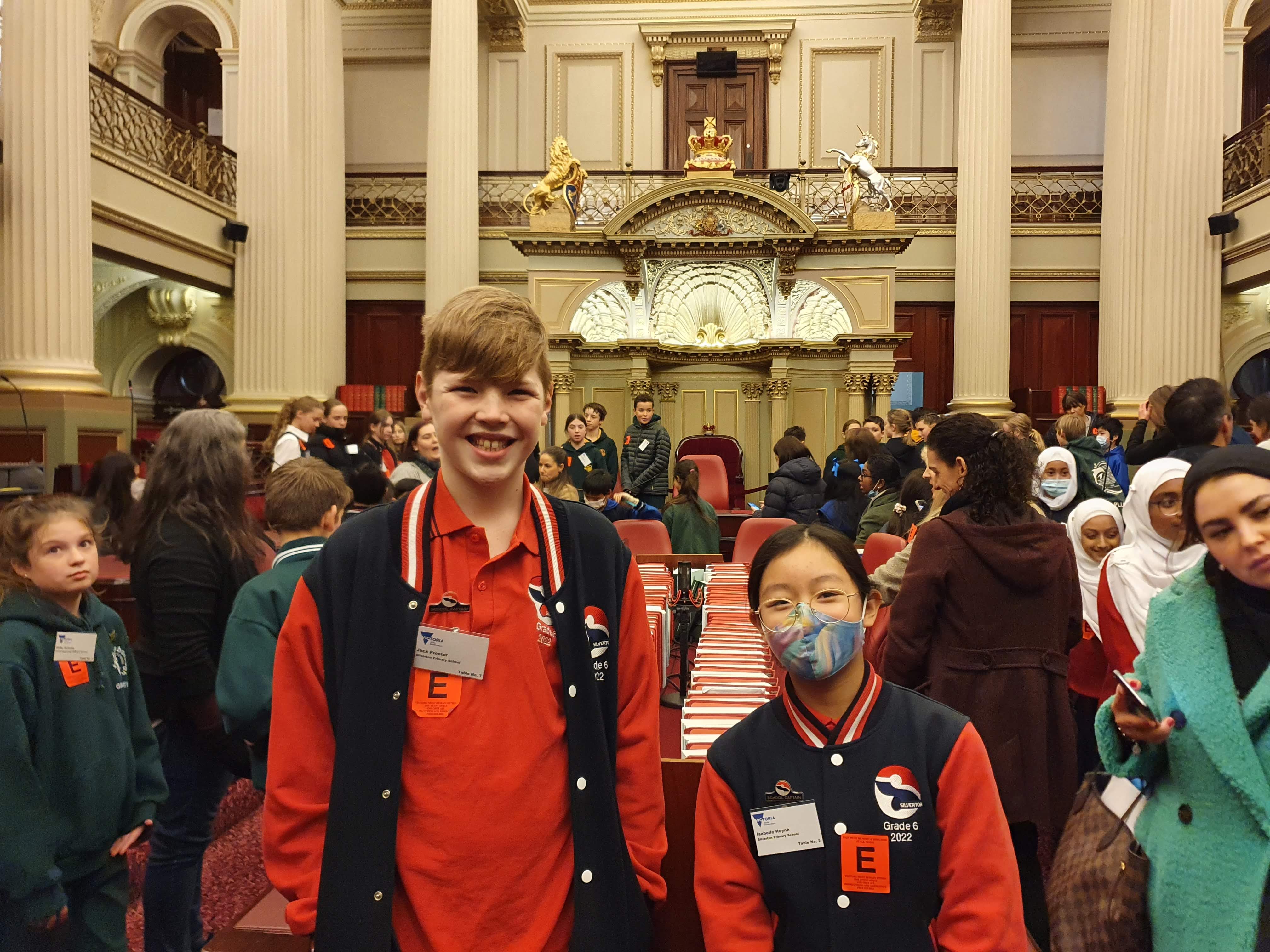